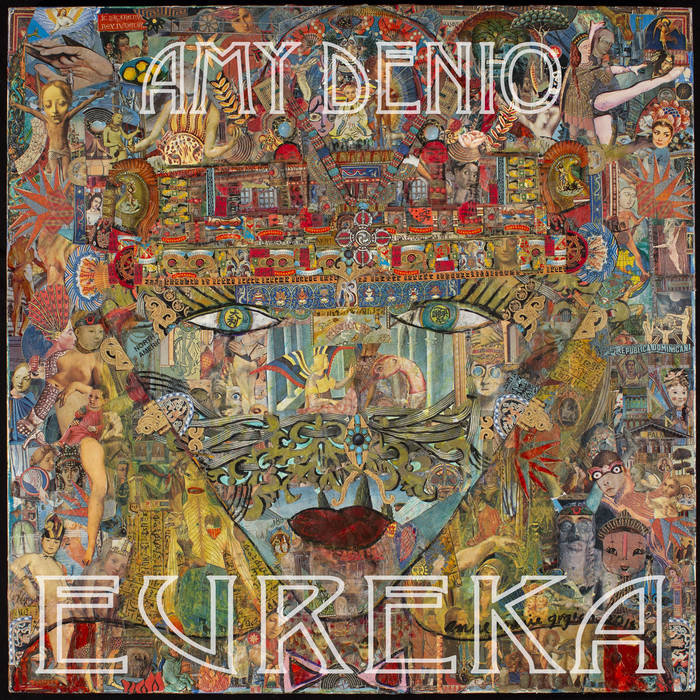 18 new compositions created and produced by Amy Denio in her Spoot Studios in Seattle between January 2018 & June 2019.

Some songs were inspired by her deep love of Balkan culture (she's played dozens of concerts in ex-Yugoslavia since 1990). Other compositions were conceived and recorded in a single day ~ thus the title Eureka.

Other tracks are commissioned pieces, some for a soundtrack to a silent film distributed by KINO LORBER, one for a Patreon subscriber who requested a steamy love song connected to Iceland.

Thanks to:
Walter at Klanggalerie for encouraging me to produce this collection of songs, Srđan ‘Gino’ Jevđević for bouzouki & rhythm tracks, Johnny Morovich for brac, Eveline Müller for bowing her destroyed cymbal on Petoljubac & inspiring the birth of the Seattle peace kiss (kiss 5 times, last time longest), Dr. Peter Szöke for his fascinating research on the musicality of bird song, Maris Kundzins for generating anagrams of Elizabeth Lawrence’s name, Carroll McGrath for the commission to compose Steamy Ast Lag, and KINO LORBER for the commission to compose the soundtrack for Grace Cunard’s silent film ‘A Daughter of the Law’ (1921), included in the DVD boxed set ‘Pioneers: First Women Film Makers’ (2018).

Additional thanks to Chris Littlefield for his help designing the front cover, to Z.I. for inspiration, to the Immersion Composition Society whose challenge to write 20 songs in one day brought half of these songs to life, and a big shout out to all of our ancestors that we are here now.

Amy Denio is an award-winning multi-instrumentalist composer, singer and music producer based in Seattle, WA. She's been commissioned to compose for dance, theater and film, and has received numerous grants and fellowships and collaborated with artists worldwide.

She has performed at festivals, clubs, schools, prisons, social centers and ruins throughout Europe, North America and Asia. ... more